Skip to content
“My Creator, my Maker, I thank You for designing me for a special purpose. I know that You have given me the tools and the competence to fulfill that purpose. Lord, help me not to be distracted or derailed from that purpose. Help me to keep my vision focused on Your greater plan. I accept Your love and Your grace, today, and every day. Amen.”
~ Jetola E. Anderson-Blair
Author, Entrepreneur & Bilingual SPHR Certified Senior HR Professional
~

Like Loading...
“The fact that you are still here is proof that whatever tried to beat you lost.”
~ Rigel J. Dawson
Author & Minister
~

Like Loading...
“Don’t be distracted by criticism. Remember, the only taste of success some people get is to take a bite out of you.”
~ Zig Ziglar,
Salesman, Motivational Speaker & Author

Like Loading...
“I think failure is mostly when somebody doesn’t believe in themselves enough to attempt something,
if they’re too frightened or they’re too intimidated or they listen to the naysayer.
I think that really is failure—when you fail yourself.”
~ Marg Helgenberger,
Actress & Philanthropist

Like Loading...
“What worked against you is now going to work for you.”
~ Taketa Williams,
Pastor & Author

Like Loading...
“Just because you fail once, doesn’t mean you’re gonna fail at everything.
Keep trying, hold on and always, always, always believe in yourself,
because if you don’t, then who will, sweetie?”
~ Marilyn Monroe
a.k.a. Norma Jeane Mortenson,
Actress, Model, Singer & Film Producer

Like Loading...
” God has promised to every single one of us that
even in our hardest times,
if we would just hang on long enough,
the blessing will come.”
~ Beth Moore,
Evangelist, Author, Bible Teacher
& Founder – Living Proof Ministries

Like Loading...
“I have a lot of friends who say that one of the freedoms of being older is
you don’t care what other people think, which I don’t think is right.
You care what other people think, but
if you’re comfortable in your own skin, that doesn’t bother you.”
~ Dick Van Dyke,
Actor, Comedian, Singer, Dancer, Writer, Producer, Author,
Tony Award (1961), Emmy Awards (5X), Grammy Award (1964),
People’s Choice Awards (1976), American Comedy Awards (1994),
Television Critics Association Career Achievement Award (2003) &
Screen Actors Guild Award (2013)

Like Loading...
“I’ve certainly experienced racism, but it has not made a great impact on me.
I have always thought, as I got older and older, I was more in charge of who I was.
What someone thought about me or said about me
made less of an impression on me at very vulnerable times.”
~ Robert Guillaume,
Actor: Stage, TV & Voice, Emmy Award (2X), Grammy Award (1995),
St. Louis Walk of Fame Star, Hollywood Walk of Fame Star (1984)

Like Loading...
“… Remember, you’re an ‘eagle’; you can go up higher.
You can fly where the ‘crows’ cannot fly.”
~ Joel Osteen,
Pastor, Motivational Speaker & Author

Like Loading...
“Creativity is putting your imagination to work,
and it’s produced the most extraordinary results in human culture.”
~ Ken Robinson,
Educator

Like Loading...
“This is for all of you out there …, reaching for a dream – don’t ever give up!
Never ever listen to anyone, when they try to discourage you, because they do that, believe me!”
~ Mariah Carey,
Singer, Song-writer, Actress, Record Producer & Philanthropist

Like Loading...
“Most of the time, people say negative things for a reaction,
and I can’t even bear to give them the satisfaction.
So, there’s something that I gain from feeling
like I’m the bigger person, from walking away
from a situation.”
~ Selena Gomez,
Actress, Singer, Executive Producer, Fashion Designer,
Philanthropist, ALMA Award, American Music Award,
Billboard Women in Music Award, iHeartRadio Music Award,
MTV Video Music Award, Teen Choice Awards (15x) & &Guinness World Records(9)

Like Loading...
“If ignorant both of your enemy and yourself,
you are certain to be in peril.”
~ Sun Tzu,
a.k.a. Sun Wu
General, Military Strategist & Philosopher

Like Loading...
“If the pressure is getting to you, whistle in a barely audible way.
It’s the best way I know of to let go of tension.
Music gets your mind off the situation, and
the act of whistling melts the tension out of your body.”
~ Fuzzy Zoeller,
a.k.a. Frank Urban Zoeller, Jr.
Professional Golfer, PGA Tour (10x),
PGA Tour Champion (2x), Masters Tournament (1979),
US Open (1084) & Bob Jones Award (1985) 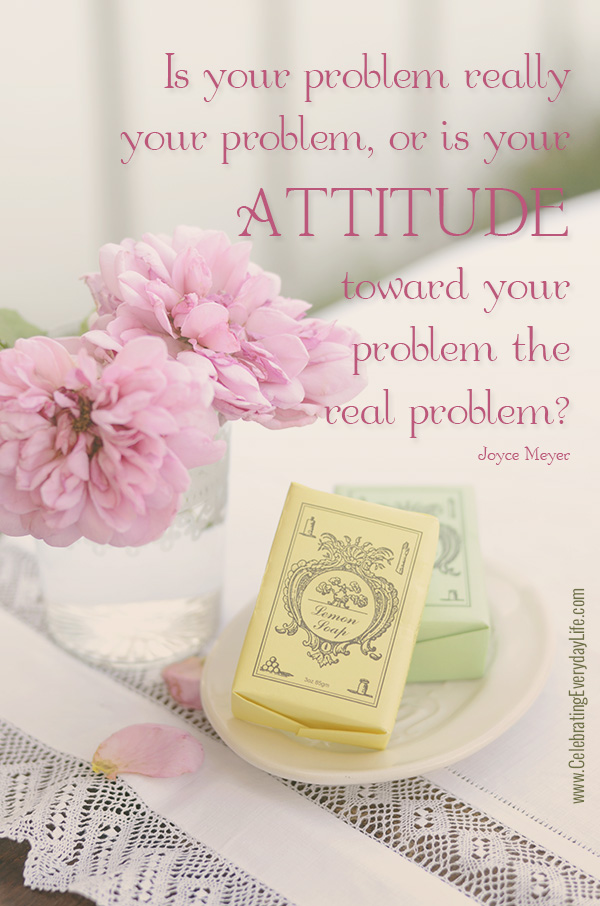 Like Loading...
“Other people’s opinion of you
does not have to become your reality.”
~ Les Brown,
a.k.a Leslie Calvin “Les” Brown
Motivational Speaker, Author, Radio DJ, Television Host &
Ohio House of Representatives (JAN 3, 1977 – JAN 3, 1983)

Like Loading...
“Successful people maintain a positive focus in life no matter what is going on around them.
They stay focused on their past successes rather than their past failures,
and on the next action steps they need to take
to get them closer to the fulfillment of their goals
rather than all the other distractions that life presents to them.”
~ Jack Canfield,
Author, Motivational Speaker, Corporate Trainer, Entrepreneur,
Founder & CEO of The Canfield Training Group, Founder of The Foundation for Self-Esteem,
& Guinness World Record – 7 New York Times Best-sellers Listed simultaneously.

Like Loading...
“The worst resentment that anybody can have
is one you feel justified to keep.”
~ Louis Gossett, Jr.,
Actor, Academy Award (1982 film An Officer and a Gentleman)
Emmy Award (1977 miniseries Roots)

Like Loading...
“I am not the richest, smartest or most talented person in the world,
but I succeed because I keep going and going and going.”
~ Sylvester Gardenzio Stallone,
Actor, Screenwriter, Producer, and Director

“Your only limitations are those you set up in your mind,
or permit others to set up for you.”

Like Loading...
“You’re in the midst of a war, a battle
between the limits of a crowd seeking the surrender of your dreams,
and the power of your true vision to create and contribute.
It is a fight between those who will tell you what you cannot do,
and that part of you that knows, and has always known,
that we are more than our environment,
and that a dream, backed by an unrelenting will to attain it,
is truly a reality with an imminent arrival.”
~ Anthony Robbins
a.k.a Anthony J. Mahavorick,
Life Coach, Speaker, Actor, Philanthropist & Author 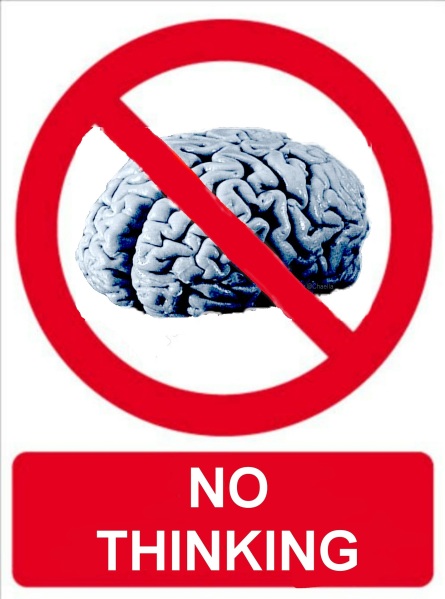 “Never argue with stupid people; they will drag you down
to their level and then beat you with experience.”
~ Mark Twain a.k.a. Samuel Langhorne Clemens,
Author & Humorist 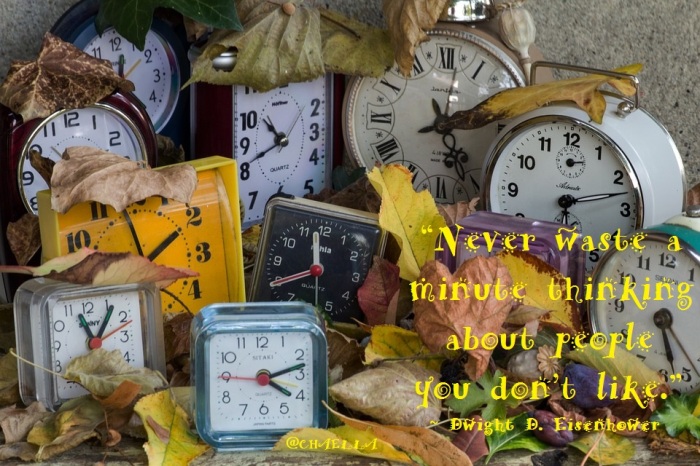 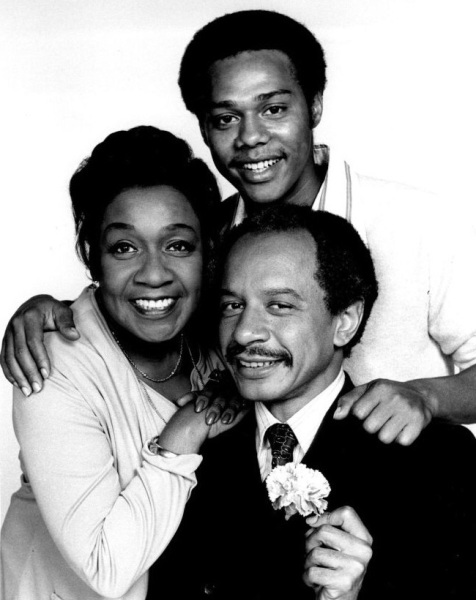 “If there’s anything in life you consider worthwhile achieving, go for it.
I was told, many times, to forget show-business – I had nothing going for me.
Yet, I pursued it, anyway. Voila!”
~ Isabel Sanford,
Stage, Film and Television Actress, Philanthropist, Prime-time Emmy Award (1981) Hollywood Walk of Fame Star (2004),
Prime-time Emmy Award nominee (7X), Golden Globe Award nominee (5X)

Like Loading...
“In life, we will always encounter difficult people.
Don’t allow them to frustrate you or steal your joy.” 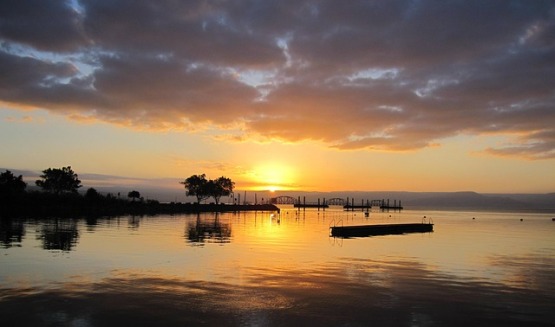 “Israel was not created in order to disappear – Israel will endure and flourish.
It is the child of hope and the home of the brave.
It can neither be broken by adversity nor demoralized by success.
It carries the shield of democracy and it honors the sword of freedom.”
~ John F. Kennedy,
35th President of the United States (1961-1963)

Like Loading...
“I think the secret to happiness is having a Teflon soul.
Whatever comes your way, you either let it slide or you cook with it.”
~ Diane Lane,
Actress, National Society of Film Critics Award,
New York Film Critics Circle Award & Women in Film Crystal Award

Like Loading...
“I always joke about letting the haters motivate you.
Everybody has that in their life; people who doubt them or make them feel less than they are.
It just takes faith and belief in yourself, and you’ve got to dig deep into that.
That has to come from you – nobody’s going to give you that.”
~ Jennifer Lynn Lopez,
Actress, Author, Fashion Designer, Dancer, Producer, and Singer

Like Loading...
“All I can tell you, really, is if you get to the point where someone is telling you that you are not great or not good enough,
just follow your heart and don’t let anybody crush your dream.”
~ Patti LaBelle,
Singer, Songwriter, & Actress
~ Image via NAME HERE

Like Loading...
“There were periods of my life
when a lot of people didn’t believe in me.
I still had faith in myself.
I really had to ask myself life questions.
Where do I see myself in five years?
Create a ladder for yourself,
and walk up the steps. Climb that ladder.”
~ Fergie
a.k.a Stacy Ann Ferguson ,
Singer, Songwriter, Rapper, Actress & Fashion Designer,
American Music Award, amfAR Inspiration Gala Awards (3),
ASCAP Awards (6), Billboard Music Awards (8), FiFi Award
Footwear News Achievement Award, Glamour Award & Grammy Awards (8)

Like Loading...
“You are more powerful than you think.
No matter what you’ve been told in the past.”
~ Vishen Lakhiani,
Entrepreneur, Education Technology Innovator,
Speaker, Investor and Philanthropist
~ Image via NAME HERE

Like Loading...
“It doesn’t matter … if a million people
tell you what you can’t do,
or if ten million people tell you, “No.”.
If you get one “Yes.”, from God, that’s ALL you need.”
~ Tyler Perry a.k.a Emmitt Perry Jr.,
Actor, Author, Playwright, Producer, Director & Songwriter

Like Loading...
“Throughout life people will
make you mad,
disrespect you
and treat you bad.
Let God deal with the things they do,
’cause hate in your heart will consume you, too.”
~ Willard Carroll Smith, Jr.,
a.k.a Will Smith,
Actor, Producer, Rapper, and Songwriter

Like Loading...
“Every man’s life
ends the same way.
It is only the details
of how he lived
and how he died
that distinguish one man from another.”
~ Ernest Miller Hemingway,
Author, Journalist
Pulitzer Prize for Fiction, recipient (1953)
Nobel Prize in Literature, recipient (1954)

Like Loading...
“One of the lessons that I grew up with
was to always stay true to yourself
and never let what somebody else says
distract you from your goals.
So, when I hear about negative and false attacks,
I really don’t invest any energy
in them,
because I know who I am.”
~ Michelle LaVaughn Robinson Obama,
Lawyer, Writer, &
First Lady of the United States (1.20.2009-1.20.2017) 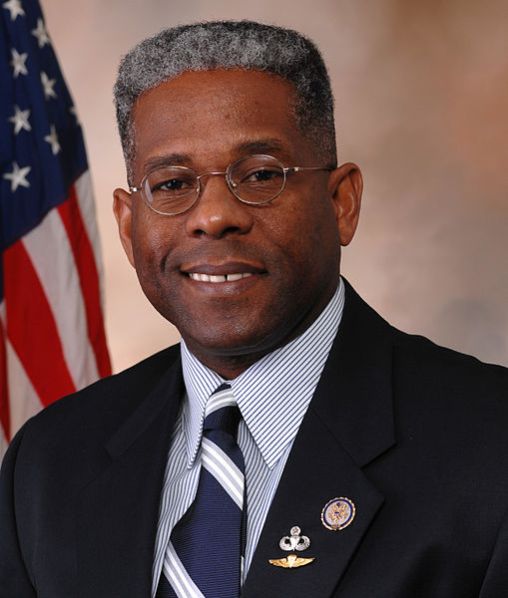 Like Loading...
“It was a supreme effort to fit in with that group.
I didn’t connect with them. To please was work.”
~ France Nguyen Van Nga a.k.a. France Nuyen,
Actress & Psychological Counselor

Like Loading...
“Having been kept pretty strict in prep schools,
I guess I couldn’t cope with all the freedom at Yale.
I had a wild, wonderful time, got abysmal grades and was bounced out in my freshman year.
I then came back the following fall as a repeating freshman,
lasted until April and got bounced out again – for the same reason.”
~ Efrem Zimbalist, Jr.
Actor & Golden Globe Award Winner

Like Loading...
“First they IGNORE you, then they LAUGH at you,
then they FIGHT you, then you WIN.”
~ Mahatma Mohandas Karamchand Gandhi,
Civil Rights Activist, Nonviolence Activist
& Leader of Indian Nationalism

Like Loading...
“Don’t let the noise of others’ opinions
drown out your own inner voice.
And most important, have the courage
to follow your heart and intuition”
~ Steve Jobs,
Entrepreneur, Marketer, Inventor, &
Co-Founder, Chairman & CEO of Apple, Inc.
Founder & CEO of NeXT, Disney Legend (2013, posthumously)
Grammy Trustees Award (2012), California Hall of Fame (2007)
‘Most Powerful Person in Business’ by Fortune Magazine (2007)
Entrepreneur of the Decade’ by Inc. Magazine (1989)
Jefferson Award for Public Service (1987) & National Medal of Technology (1985)

Like Loading...
“As an entrepreneur you’re going to have
a lot of people tell you
that it will never work and to quit.
Stick to your vision.”
~ Evan Carmichael,
Entrepreneur & International Speaker
“Entrepreneurs and their small enterprises
are responsible for
almost all the economic growth in the United States.”
~ Ronald Reagan,
Actor, Sports Announcer, Politician, 33rd Governor of California (1967–1975), &
40th President of the United States (1/20/1981–1/20/1989)

Like Loading...
“No enterprise is more likely to succeed
than one concealed from the enemy until
it is ripe for execution.”
~ Niccolo di Bernardo dei Machiavelli,